Murder at the Mikado 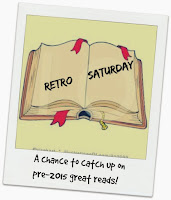 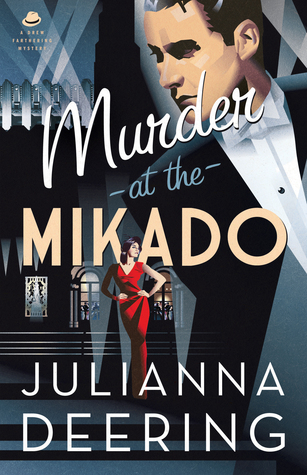 DEERING, JULIANNA
MURDER AT THE MIKADO

When a celebrated actor is found murdered in his dressing room, all signs point to Drew's old flame. But behind the curtains nothing is what it seems and this quickly becomes his most puzzling case yet.

Just as Drew Farthering thinks his life has calmed down some, Fleur Lanids, a former girlfriends, reappears, in dire need of his help. She's married now, no longer an actress -- but the lead actor in her former troupe's production of The Mikado has been murdered, and Fleur is the police's number one suspect.

Drew would rather focus on his fiancee, Madeline Parker, and their upcoming wedding, but he can't leave Fleur and her family in the lurch -- even if she did break his heart once. As Drew, Nick, and Madeline begin investigating, they discover more going on behind the scenes of the theater troupe than could ever have been imagined. It seems nearly everyone had a motive, and alibis are few and far between.

Both the murder case and the presence of the beautiful, exotic Fleur put a heave strain on Drew and Madeline's relationship. Will their still young romance survive the pressure?

published in 2014
My thanks to my public library for keeping me well stocked in retro reads!

If you love British period mysteries you will adore this series. I'm waiting with bated breath for the Drew Farthering Mystery series to become the next BBC runaway hit! It's bound to happen sooner or later and I'm hopping for sooner!

A beguiling mystery with so many interesting players I formulated a dozen scenarios before discovering the whodunnit. So love a mystery that challenges my armchair sleuthing skills. Clearly I need a make-up course on spotting the villain since I tend to suspect everyone in a Drew Farthering mystery. That's because of the multi-layered secondary characters with slowly emerging back stories -- it just seems everyone could be driven to murder with the right incentive!

And I think this might just be the most romantical book in the series. Drew and Madeline in a pre-wedding flurry. He cuts a dashing hero -- she knows how to keep him in line. The banter is priceless -- all the dialogue is so Dowton Abbeyish it thrills me to my toes.

Droll humour, a puzzling mystery and the thrill of romance -- what more can you want in a cozy mystery?

If you would like a chance to win a copy of Murder at the Mikado, leave a comment below or email me at kavluvstoreadATyahooDOTca. If you add your email to a comment, remember to use AT and DOT instead of @ and . to protect yourself from spammers. If you enter the draw via email, please add the title to the subject line so it's easy for me to spot your entry. Draw will be held and winner announced on Sunday January 14 2018. Offer opent o International Readers. Good luck.
Posted by Kav at 12:00 AM