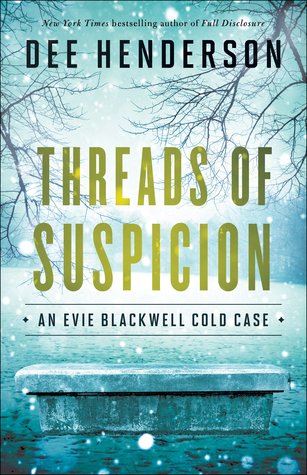 Will her latest cold case unravel before justice is served?

Evie Blackwell's reputation as a top investigator for the Illinois State Police has landed her an appointment to the governor's Missing Persons Task force. With so much public fanfare surrounding the launch of this elite investigative team, the political stakes are high, and the team will have to produce results -- and quickly.

Evie and her new partner, David Marshal, are assigned to a pair of unrelated cases in suburban Chicago, and while both involve persons now missing for several years, the cases couldn't be more different. As Evie opens old wounds in a close-knit neighborhood over the disappearance of a college student, David searches for a private investigator whose last case involved a high-powered client.

With a deep conviction that "justice for all" truly matters, Evie and David are unrelenting in their search for the truth. But the questions that lie just beneath the surface in Evie's personal life are also begging for answers.

This is the second Evie Blackwell Cold Case mystery but reads well as a standalone. The special cold case task-force is now official and working on their first cases. Threads of Suspicion features David and Evie in a fascinating play-by-play of police procedures. And I do mean fascinating.

It's like watching a crime drama show only getting all the clue building bits they skim over to get to the action scenes. This suspense is the opposite. Low on action and danger but high on the painstaking work police officers put in before they make an arrest. It's rich in dialogue, friendship building and complicated romances (David and Evie are both in serious relationships -- but not with each other.)

Evie is an astute, tough-as-nails cop but surprisingly vulnerable in her personal life. It's an intriguing contrast -- the confident and brilliant investigator doesn't mesh with the caution she carries into her romantic relationship. Love the rich, deeply thoughtful conversations she has with Rob. His steadfastness and patience as he waits for her.

A brilliant glimpse into the complicated world of investigative police work -- not your typical action-packed suspense but captivating all the same.

If you would like a chance to win a copy of Threads of Suspicion, leave a comment below or email me at kavluvstoreadATyahooDOTca. If you add your email to a comment remember to use AT and DOT instead of @ and . in order to protect yourself from spammers. If you enter the draw via email, please add the title to the subject line so it's easy for me to spot your entry. Draw will be held and winner announced on Sunday January 21 2018. Offer open to International Readers. Good luck.