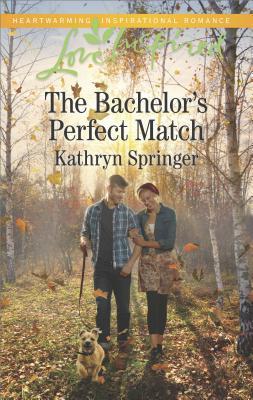 Maddie Montgomery, Castle Falls shy librarian, has always played it safe. Enter Aiden Kane, the town's resident adventurer, on the mend from an accident and in need of Maddie's help. As Maddie assists Aiden with his search for a long-lost relative, the handsome outdoorsman coaxes Maddie out of her safety zone. But can Maddie take the biggest risk of all - giving in to love?

"At nine o'clock on Monday morning, Maddie Montgomery brewed a cup of Earl Grey tea and opened the Castle Falls Library, ready for another quiet, ordinary day. And then someone dropped a pirate off at her door."  Sqqquuueaaallll - doesn't that opening scream 'Read me! Read me!' Like, right now. So I did. Eyes glued to page until I reached the end. I mean...I can't even...

Shy, bespectacled librarian meets adventure-seeking pirate -- how perfect is that? Except...wait...Maddie lives through her books while Aiden doesn't even read them! Gasp! Say it ain't so -- how can a non-reader be my hero? Especially since I'm like Maddie when it comes to books:

"For Maddie, sharing a favorite book was like sharing a secret. You weren't just giving people a book. You were offering them a glimpse into your heart" (p 39)

Disgruntled sigh. I was prepared to make Aiden work for my hero worship but then he winked at me. Well, at Maddie. And Maddie's tummy went all aflutter just like mine did. And there was Aiden all adorably needy after being in a car accident and grumpy because he's not the kind of guy who likes to be fussed over. In fact, as the youngest Kane he has to endure a lot of  'brother smother' as his macho older siblings try to make things easier for him. So he's hiding out in the library wondering how he totally missed the cute librarian all these years. Because Castle Falls is the kind of small town where everyone knows everyone else. Clearly this hero and heroine lived in different worlds until fate stepped in and...the unlikeliest romance blossoms!

And there's a dog!!! Injured, abandoned and when he bares his teeth it might be preface to a growl or a smile. No one's exactly sure. But he's got attitude, which exactly matches Aiden's so this non-reading hero just went up a notch in my estimation since he's kind to animals (sort of...in a grumpy way.)

A brilliant plot held me spellbound not just because of Maddie and Aiden but a host of captivating secondary characters as well. And dare I hope that the author has set the stage for fourth book in this series? Even though all the brothers have found their matches there's a tight-lipped deputy who caught my eye. A single dad who seems a tad out of his element. I'm hoping he gets his own story and I know just the woman for him...

Oh -- and by the way, this is the third book in Kathryn Springer's Castle Falls series. I missed the first one but The Bachelor's Twins was just as sublime as this one so I highly recommend the series.

If you would like a chance to win a copy of The Bachelor's Perfect Match, leave a comment below or email me at kavluvstoreadATyahooDOTca. If you add an email to your comment, remember to use AT and DOT instead of @ and . in order to protect yourself from spammers. If you enter the draw via email, please add the title to the subject line so it's easy to spot your entry. Draw will be held and winner announced on Sunday May 20 2018. Offer open to International Readers. Good luck!
Posted by Kav at 12:00 AM