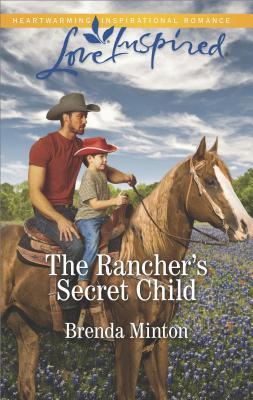 Can he cowboy up for fatherhood? He had no room for love...until now.

After meeting the son he never knew he had, Marcus Palermo's simple life turns upside down. Complicating things further is Lissa Hart, the boy's lovely guardian. She'll help him become a parent - but falling for a gruff cowboy is not in her plans. Will she realize her future lies in Bluebonnet Springs with the rugged cowboy?

There's something about a cowboy hero, isn't there? And when he happens to be a surly loner like Marcus - well, I settled in for a a gnarly good read.

What a conflicted hero! He has raised himself far above his traumatic childhood and wild rodeo circuit ways but he's still punishing himself. He's certain that he is meant to live alone the rest of his life because he's broken. This kind of character can be tricky because the author has to find a way for her readers to relate to him without becoming frustrated by him. Minton has managed to find the perfect balance. Yes, there were moments when I wanted to purse whomp a certain stubborn cowboy, but I really felt for him too and I could totally understand his flawed reasoning.

Marcus is stoic, sometimes coming across as harsh but it's not that he doesn't want to be a father -- it's that he wants to protect his son more. Which, honestly, makes him perfect father material if  only he could see that. Lissa doesn't think so at first either, but the more she gets to know Marcus, the more she recognizes the exceptional man he is.

What a complicated love story backed by a caring community in the midst of a crisis. Lots of fodder for everyone to show what they are made of. This the the third book in the Brenda Minton's Blubonnet Springs series so readers familiar with the first two stories will be thrilled at the page time the Palermos get in this one. The Rancher's Secret Child reads really well as a standalone, though, so don't let not being familiar with the series stop you from scooping up this one.

If you would like a chance to win a copy of The Rancher's Secret Child, leave a comment below or email me at kavluvstoreadATyahooDOTca. If you add an email to your comment, remember to use AT and DOT instead of @ and . to protect yourself from spammers. If you enter the draw via email, please add the title to the subject line so it's easy to spot your entry. Draw will be held and winner announced on Sunday May 13 2018. Offer open to International Readers. Good luck!


Love Inspired is also doing a giveaway for a $100 Visa card!
Click on the link below:

https://gleam.io/gLe4I/love-inspired-blog-tour-sweepstakes
Posted by Kav at 3:22 PM